Series sealed, chance for India to try out bench strength 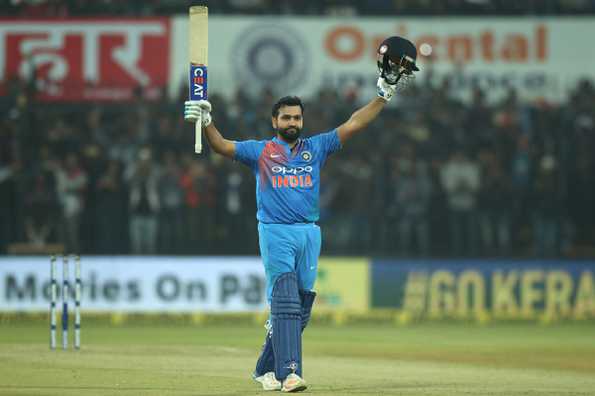 Consider this - you've already played two matches of the three-match T20I series. In the first, you are hammered and register a dubious record - biggest loss in terms of runs in your 100th T20I. In the second, you are batted out of the contest in the first 13 overs of the game itself. Your confidence has sunk to a new low. You've lost one of your key players too, and there's no end to the troubles. How do you still keep yourself motivated?

That's the challenge Sri Lanka face heading into the final T20I in Mumbai. The wrist-spinners - Yuzvendra Chahal and Kuldeep Yadav - haven't allowed the Sri Lanka batsmen to flourish while Rohit Sharma has single-handedly dented their confidence with a fresh century in Indore.

Sri Lanka though can take heart from India's recent record at the Wankhede. India don't particularly enjoy playing in Mumbai. They conceded their highest ODI total against South Africa in the 2015 ODI before going on to lose the series. They were knocked out of the ICC World Twenty20 by Windies in the semifinal last year. And recently, New Zealand handed them a loss in October this year. Since 2015, India haven't won a limited-overs game at the venue.

Despite all the odds that India would be faced with at the Wankhede, a Sri Lankan win still looks highly unlikely. Their bowlers haven't threatened to take wickets and with another placid track expected, it's only going to add to their miseries.

India, on the other hand, have got exactly what they were aiming for. Having sealed the series, they now have a golden opportunity to give untested players a chance to prove their mettle. Basil Thampi, Deepak Hooda, Mohammed Siraj and Washington Sundar have all impressed in the domestic arena to earn their call-ups, and will be keen to showcase all that they are capable of bringing to the table.

However, it's easier said than done. India can't afford to award chances at the cost of weakening the bowling line-up. And that means, two of the four players are likely to miss out and will have to wait for another opportunity that may, or may not, come in March.

The batting outfit has functioned much like a well-oiled machine. KL Rahul has grabbed his opportunity at the top of the other with back-to-back half centuries. The final game will present the likes of Shreyas Iyer, Manish Pandey and Dinesh Karthik to shine in T20I colours before the team is picked for the limited-overs series in South Africa.

Although this is a dead rubber, there's pride at stake for Sri Lanka and something to prove for a few of the India players.

What to expect: A pleasant weather awaits both teams. However, even this match is expected to be affected by dew, and both skippers will look to bowl first.

It's crucial the think-tank gives opportunity to at least two players of the four who haven't featured in the series so far. Any more changes look unlikely. They can also look to rest Jasprit Bumrah considering he's been picked in the Test side for the tour of South Africa.

The visitors will be without the services of Angelo Mathews, who has been ruled out of the final match because of a hamstring injury. In the Indore T20I, they strengthened their batting and will look to continue with the same plan. However, it'll be interesting to see who they bring in. If they do go in with Danushka Gunathilaka, it'll again mean the team will walk in with five openers in the playing XI. Dasun Shanaka is likely to be preferred ahead of the left-hander.

"There's a lot of pressure. After the first match, there was a lot of pressure on me. In Dharamsala, we were in a position where the team could have folded for the lowest score possible. After that game, I was thinking a lot about my captaincy and my team. Don't know when I'll lead India again so, for me, every match, every series and every moment on the field is important" - Rohit Sharma wants to enjoy every single moment as the India captain while it lasts.

"Winning and losing are part of the games. We try to learn what we did wrong. As a team we are trying to improve. We have to think of our batting, how to go about things" - Kusal Perera demands a better performance from their batsmen.