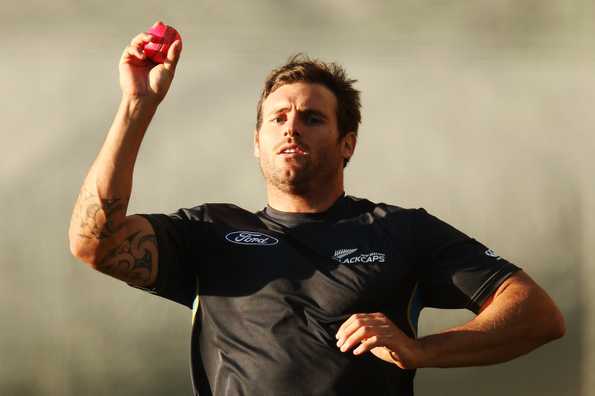 The rain-marred third unofficial Test between New Zealand A and India A also ended in a draw after the entire fourth day's play was lost to bad weather. The visitors were 38 for 1 overnight and couldn't resume their second innings in a game that has been consistently interrupted by unfavourable conditions.

Opting to bat first, India A posted a strong 323 in the first innings, riding on half-centuries from Vijay Shankar, Shubman Gill and Abhimanyu Easwaram, and handy 47s each from opener R Samarth, and Srikar Bharat down the order. While skipper Dough Bracewell led the way with a five-fer, Lockie Ferguson was equally impressive, returning figures of 4 for 88 for the hosts.

The hosts did one better by taking a vital 75-run lead, thanks to Cam Fletcher's career-best 103, en route which, he added 92 and 100-run stands with half-centurions Bracewell and Kyle Jamieson respectively. K Gowtham then ran through the tail on the third evening, not allowing New Zealand to run away with a sizeable lead.

Bracewell struck late in the session to reduce India to 15 for 1 in seven overs in their second innings. Samarth's unbeaten 27 saw them through to stumps, with the scoreboard reading 38 for 1. While the match was always headed towards a draw with a large chunk of overs lost to rain, a wet outfield kept players off and forced early lunch on the final day, only for the game to be declared a draw shortly afterwards.