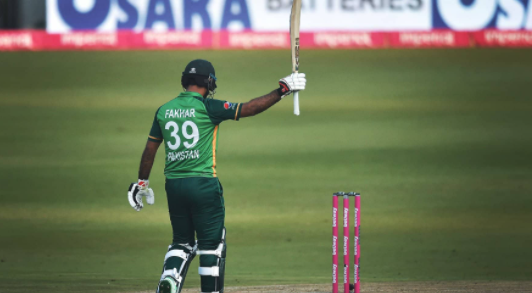 Predictions for the match:

South Africa going to be without five of its best players for this match still its replacement seems good too. They have nothing to lose and all the motivation to try and win with out players that are seen as abandoning their national team. They can be a big factor as well.

Pakistan' top 3 batsmen are in good form but the rest batting is not much affective. Also after the issues surrounding Hasan Ali, Shadab Khan, their premier leg-spinner, has been ruled out for the remainder of the tour due to an injury on his left toe. But despite his absence, Pakistan seem a formidable unit.

1) If Pakistan win the toss and bowl, South Africa can score 250-270 and Pakistan will be the winner.

Pakistan Landed the first punch to seal the first bout. South Africa didn't hold back one bit in the second bout led by skipper Bavuma. Now, it is time for the final showdown. Will Bavuma' men trump Pakistan again or will we see Babar' army seal the deal and pocket the ODI cup?

Well, Quinton de Kock, Kagiso Rabada, Anrich Nortje, David Miller and Lungi Ngidi have left the series midway to join their respective Indian T20 League sides before the tournament can begin. While Rabada did not set the series on fire, de Kock, Nortje, Miller and Ngidi were really impressive. So the team, without their three main players surely gets weaker.

However, this also presents an opportunity to the young blokes in the side to set up, deliver and keep the selectors on their toes for the upcoming series and tounrament. Bavuma will hope for something similar in the final ODI.

Now, they have the chnce of rectifying the mistake in this final ODI and take the series home. They would hope that their top order does better than what they did in the last game. A lot will be expected from in-form skipper Babar Azam and Imam at the top. also their bowling did not come good in the last game. Apart from Rauf who got 3 in his 10-over spell for 54, their four main bowlers, Afridi, Hasnain, Faheem and Shadab were costly.

What we can see during the game: As seen in the previous game in Centurion, the pitch is a good one to bat on with some help available for the pacers as well. Although there isn't much turn on offer, the spinners should ideally have a say in the game. Extra bounce will be key for the bowlers, despite the batsmen enjoying the ball coming onto the bat. Both teams will want to chase upon winning the toss, with 280-290 being per at this venue.

South Africa will, on the other hand,be without Quinton de Kock, David Miller and their star trio of Kagiso Rabada, Anrich Nortje, and Lungi Ngidi as all have departed for the IPL. However, the Proteas have a couple o talented Youngesters in Lutho Sipamla and Kyle Verrynne to fill the void. South Africa can be there will five changes.

Shadab Khan has been ruled out from the ODI series due to his toe Injury he got on Sunday, as he had a 151 KM yorker from Nortje. Pakistan should make an obious change as replacing Shadab Khan to another leg spinner, Usman Qadir, will crack the nod. Also we can see Haider Ali in next game as a replacement of Asif Ali whose performence is not satisfying as he had scored 21 runs only in two innings.