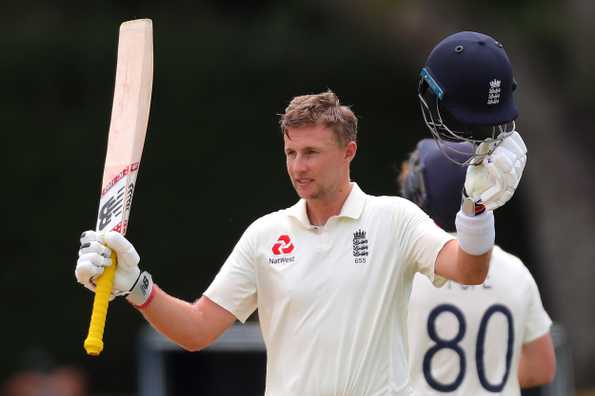 Joe Root's third Test double, following Ollie Pope's maiden Test fifty, gave England a healthy 101-run lead before they folded for 476 in their first innings at the stroke of Tea on Day 4 of the series-deciding second Test in Hamilton.

It turned out to be a rewarding session for the New Zealand bowlers, primarily due to the fact that the Englishmen decided to step on the accelerator once the overnight pair had reached their respective landmarks. Neil Wagner was the pick of the bowlers for the hosts for he snaffled four of the five remaining English wickets to complete his second fifer of the series and ninth overall in Tests.

Building on their resilient unbeaten partnership of 117 at Lunch, after a very disciplined batting show in the morning session, Pope reached his fifty off 165 deliveries in the fourth over after the break. But it wasn't until his captain's milestone that the duo decided to switch gears. Unlike the other two centurions in this game, Root converted his hundred into a double - his third in Test cricket - as he risked a streaky single with a potential to run Pope out. An over later, he walked down the track and smacked one straight over mid-off for his first six, off Matt Henry - a shot that all but signalled the change of intent from the English camp.

Pope took the cue little too seriously and sacrificed what could have been his maiden Test hundred for the team's cause when he went after a short-pitched delivery from Neil Wagner and ending up top-edging it to Jeet Raval at deep square leg on 75, just after England went past the 450-run mark. Three balls later, Root decided to up the ante and danced down the track to take on Santner, only to hole out straight to a waiting-in-position deep cover that brought curtains on his magnificent and yet longest Test innings on 226. England's lead stood at 83 when their captain walked off to standing ovation from the sparse Monday crowd.

New Zealand, and Wagner, persisted with attacking tactics in their bid to speed up the declaration and were rewarded soon enough. Wagner tempted Woakes into an expansive drive with a length ball outside off, and the English all-rounder went chasing, offering a regulation catch to the keeper even before he could open his account. Jofra Archer decided to join the fun early as he smoked the best Kiwi bowler on the day over long-on and hit it straight out of the park, literally. However, Wagner sought his revenge right at the next delivery with a slower ball. Archer failed to read it but swung hard, only to drag an inside edge onto his stumps. Two balls later, Wagner dished out another knuckleball for Stuart Broad who also lost his off-stump, departing for a three-ball duck as the bowler registered his second fifer in as many Tests.

England lost their last five wickets for just 21 runs but a 101-run lead would give them fair bit of advantage going into the second innings.