'Didn't think I'd still be doing it' - Paine on captaincy 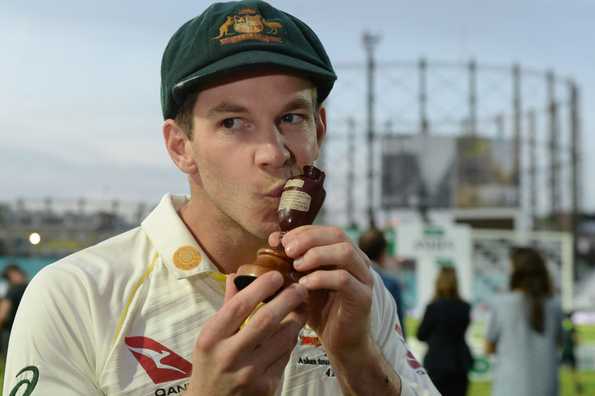 England's win at The Oval marked the end of arguably the most intensely-fought Ashes series since the much-celebrated 2005 summer. 2-2 is how it ended, and there isn't much for the Australian skipper to regret. His team dropped some crucial points in the World Test Championship, but the big-small urn returns home. Also, in a more secondary light but personal to Paine, it's a validation of his captaincy - one that fell on his lap out of chance but the merits of which he had to justify all along.

It didn't come easy, and there's little doubt in Paine's mind that he didn't see the stars aligning in such a manner a year ago. "I didn't think I would still be doing it to be honest. Very lucky to be in the position I am in and to be captain of a team that has come here and retained the Ashes is something I will never forget," he said.

It was a bittersweet end to a stunning Ashes campaign but Paine feels that the "job is done", which basically was to take the urn back to Australia.

Paine stressed on the need to keep improving, terming Steve Smith the "best player in the world" and saying that they might be a tough team to beat in the next few years, especially on the back of the kind of pace attack they have. Just that they need to get the rest of the batting unit working.

"Every team needs to keep improving. Steve is the best player in the world and he is still improving. The moment we stop thinking we need to improve there is something wrong. As a whole series, we had a whole heap of good moments in a country where Australia hasn't had a lot of success for a long time. We can be proud of that but have to go. Steve had a great series and won a couple of Tests by himself but we've got a couple of parts that we need to improve. But if we can click them into gear when he is at the height of his powers and with the pace attack we have got, in the next few years we are going to be a hard team to beat," Paine said.

So what was the turning point in the series then? Edgbaston, the fortress, Paine said.

"Certainly Edgbaston. There was so much talk of it being a fortress and how difficult it was going to be for us to start the series. So for us to win that Test quite convincingly gave us the belief that we could do it and gave us a taste of how we wanted to play over here would work. To get that confirmation so early in the series and made it easier for the guys to stick with what we wanted to do."